Visions for The Next Helsinki

Celebrating the plurality of good ideas

The Next Helsinki is an international competition seeking for innovative ideas to the improvement of the cultural and public space of Helsinki. Launched as an alternative to the controversial Guggenheim Helsinki project, the Next Helsinki has called upon architects, urbanists, artists, and environmentalists to imagine how Helsinki and the South Harbor site allotted to the proposed museum can be transformed for the maximum benefit of the city’s residents and visitors.

The international jury, with chair Michael Sorkin, announced the competition results on April 20, 2015 in Helsinki. The jury was most excited about entries that suggested building on existing resources, and that were trying to capture emergent urban trends and tendencies in the city. A shortlist of eight favorites was selected, along with a wider selection of another 18 entries. Together, these highlighted entries reflect the variety and depth of the competition submissions.

All submissions have been published on the competition website (www.nexthelsinki.org).

“We encourage everyone to look at the site and create their own shortlist,” says Michael Sorkin, head of the international jury. “In this era of crowdsourcing, we think this model has a lot of relevance, other than retaliatory projects against bad art museums.”

Next Helsinki plans to mount exhibitions and create publications of the entries. Match-making with local actors and organizations is also in the planning.

The Next Helsinki is organized by Checkpoint Helsinki, Terreform and G.U.L.F. (Global Ultra Luxury Faction)

The international jury of the Next Helsinki competition announced the results on April 20, 2015 in Helsinki. Some notes from the chair of the jury, architect Michael Sorkin:

“We initiated this project out of a sense of both outrage and love. Outrage at the march of the homogenizing multi-national brand culture emblematized by the imperial Guggenheim franchise – the cultural equivalent of Starbucks – was what launched us.

The feeling of love came from our mutual affection for Helsinki, from a sense that it is a singular place, unique in setting, form, and culture. Understanding the impetus to acquire a Guggenheim as a pursuit of the vaunted Bilbao effect, the idea that some gaudy global repository would put a tired place on the map, we wondered why a city so indelibly fixed in the urban firmament, so superb, would ant to surrender such a fabulous site to some starchitect supermarket.

Our competition – not really a competition at all, rather a call for ideas, an anti-competition – sought to ask first if a massive foreign museum was the highest and best use for public resources, especially in an aspirationally egalitarian social democracy like Finland. We hoped people would respond to the question of how the arts might be most widely and productively encouraged. And, we also made clear that we were interested in ideas about how this amazingly charismatic site might be a point of dissemination – an irritant like the grain of sand that prompts the oyster to produce the pearl – for thinking about the future of Helsinki at many scales and in many conceptual registers.

We were amazed and delighted at the outpouring of interest and the great variety and depth of the 217 proposals we’ve received. These came from more than 40 countries and addressed the questions we begged with insight, imagination, and wit. We’re now looking – with your help – to disseminate them as widely as we can.”

The jury wanted to highlight a shortlist of eight entries that together reflect the variety and depth of the submissions. These entries are not to be viewed as refined and final proposals, but rather ideas. All submissions can be seen on this website.

(Entries are numbered in the order of submission.) 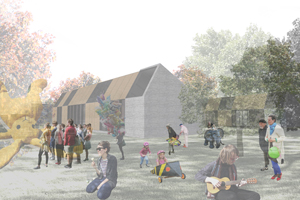 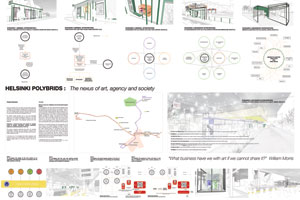 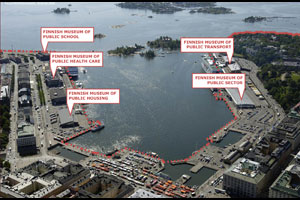 #59 Museum of the Welfare State 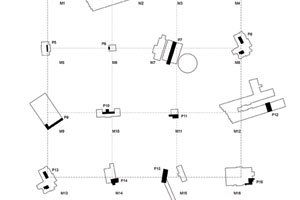 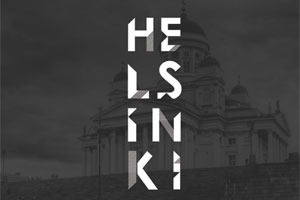 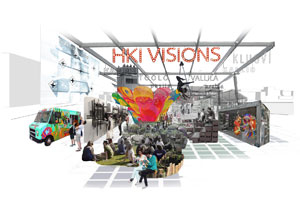 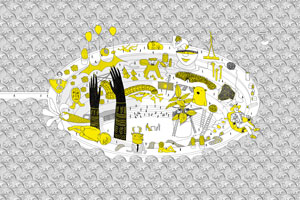 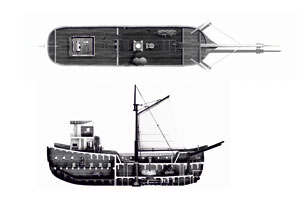 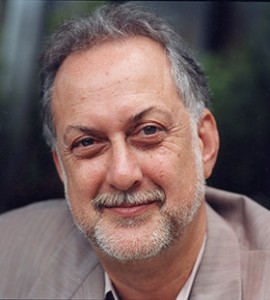 Michael Sorkin is is Principal of the Michael Sorkin Studio, a global architectural and urbanist practice, President and founder of Terreform, a non-profit institute researching the forms and methods of just and sustainable urbanism, Distinguished Professor of Architecture and Director of the Graduate Program in Urban Design at The City College of New York, and architecture critic for The Nation. 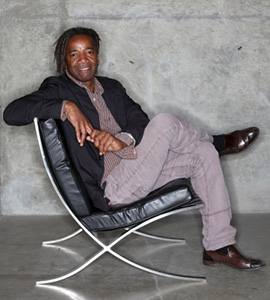 Walter Hood is an Oakland, Calif.-based designer, artist and educator. He is a professor at the University of California, Berkeley's landscape architecture and environmental design department, which he chaired from 1998 to 2002. His studio practice, Hood Design, has been engaged in architectural commissions, urban design, art installations, and research since 1992. Hood specializes in the urban civic realm. Within it, his work ranges from small community-based places to large-scale landscape commissions. His studio recently completed a 1.1-megawatt photovoltaic array within the campus landscape at the University at Buffalo, and the new Sculpture Terrace for the Jackson Museum of Wildlife Art in Wyoming. Hood Design was also responsible for the gardens and landscape of the Herzog & de Meuron–designed De Young Museum, in San Francisco. Earlier projects are regarded as transformative designs for the field of landscape architecture. 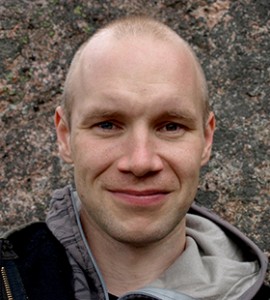 Juha Huuskonen is currently the Director of HIAP, Helsinki International Artist Programme. Juha has previously worked as an independent artist, curator, software designer and organiser. He has been involved in initiating many grassroot organisations and events, such as Alternative Design Capital (2012), Pixelache Festival (2002-2010) and katastro.fi (1998). 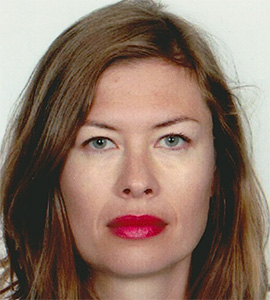 Visual artist Heta Kuchka was born in Helsinki in 1974 to a Finnish mother and American father. Her media are video, large-scale photography and drawing. While studying loneliness in her art, she decided to make an effort for a better Helsinki with a group of friends. Punajuuri Block Party 2010 was followed by other block parties around the city. Kuchka’s work is increasingly collective. Present 2012 was produced by Residency Unlimited in NYC and the communal art project Heimo (Tribe) 2014 was realized nationwide in Finland together with Kiasma, Ministry of Education and Culture and School of Activism (Kuchka, Arto Sivonen). www.hetakuchka.com 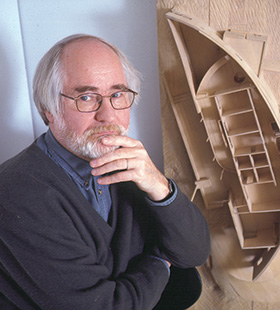 Juhani Pallasmaa, architect, designer, educator and writer. Currently teaches, lectures and consults worldwide. He has published over forty books on architecture and art, and his writings have been translated into thirty languages. He is recipient of several international prizes and recognitions, and a member of the Pritzker Architecture Prize Jury 2008-14. 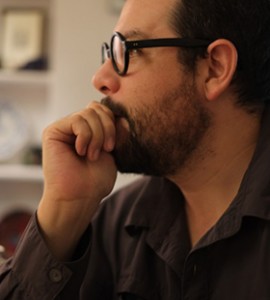 Miguel Robles-Durán is Director of the Program in Urban Ecologies at The New School in New York, Senior fellow at ‘Civic City’, a post-graduate design/research program based at the Haute École d'Art et de Design (HEAD) Geneva, Switzerland and cofounder of ‘Cohabitation Strategies’, an international non-profit cooperative for socio-spatial development based in New York and Rotterdam. He is co-director of the National Strategy Center for the Right to the Territory (CENEDET) of the Republic of Ecuador, and has extensive international experience in the coordination of trans-disciplinary urban projects, tactical design strategies and civic engagement platforms. 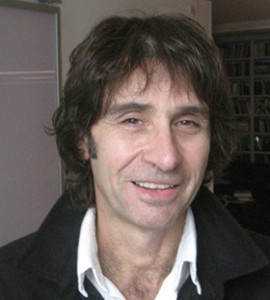 Andrew Ross is a Professor of Social and Cultural Analysis at NYU. A contributor to the Guardian, the New York Times, the Nation, and Al Jazeera, he is the author of many books, including Bird On Fire: Lessons from the World’s Least Sustainable City, and The Celebration Chronicles: Life, Liberty and the Pursuit of Property Value in Disney’s New Town. He is a founding member of the Gulf Labor Coalition, an international group of artists, curators, and writers focused on improving labor conditions at the Guggenheim's Abu Dhabi museum. 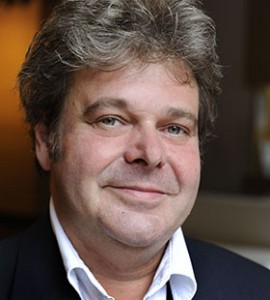 Neil Spiller is Professor of Architecture and Digital Theory, Hawksmoor Chair of Architecture and Landscape and Deputy Pro Vice Chancellor at the University of Greenwich, London.He guest edited his first AD, Architects in Cyberspace in 1995 followed in 1996 by Integrating Architecture, Architects in Cyberspace II (1998), Young Blood (2000), Reflexive Architecture (2002), Protocell Architecture with Rachel Armstrong (2010). Neil’s books include Cyberreader: Critical Writings of the Digital Era, Digital Dreams and Visionary Architecture – blueprints of the modern imagination. He is on the AD editorial Board. His architectural design work has been published and exhibited on many occasions worldwide. Neil is also known as the founding director of the AVATAR (Advanced Virtual and Technological Architectural Research) Group based at the University of Greenwich. 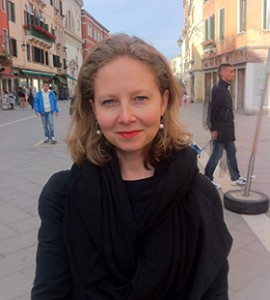 Joanna Warsza is a researcher, writer and curator in the fields of visual and performing arts and architecture. She is Head of CuratorLab at Konstfack in Stockholm and currently curator of the Public Program at Manifesta 10 in St. Petersburg. She was curator of the Georgian Pavilion at the 55th Venice Biennale and she was associate curator of the 7th Berlin Biennale. She edited Stadium X-A Place That Never Was (2009), Forget Fear (2012) and Ministry of Highways: A Guide to the Performative Architecture of Tbilisi (2013). Joanna lives and works in Berlin and Warsaw. 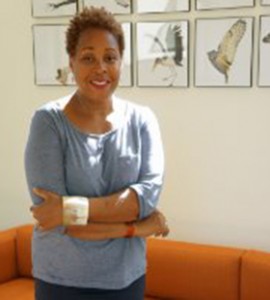 Mabel O. Wilson’s extensive body of work in architecture, cultural history and art (which includes her groundbreaking book, Negro Building) focuses on how racial difference impacts the built environment. She is a founding member of Who Builds Your Architecture? —an advocacy project to educate the architectural profession about the problems of globalization and labor. She teaches full-time in design and history/theory of architecture at Columbia University’s GSAPP. 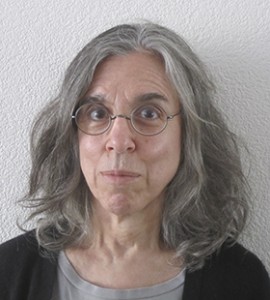 Sharon Zukin, professor of sociology at Brooklyn College and the Graduate Center of the City University of New York, writes about cities, culture, and economic change. She is the author of Naked City: The Death and Life of Authentic Urban Places, which won the Jane Jacobs Award for Urban Communication; Landscapes of Power: From Detroit to Disney World, which won the C. Wright Mills Award; and Loft Living: Culture and Capital in Urban Change. She is working on a new project on New York's creative ecosystem on an ARC fellowship at the CUNY Graduate Center.

Images of the jury shortlist entries:

THE NEXT HELSINKI IN THE MEDIA:

Archinect: “The Next Helsinki shortlist demonstrates that a new Guggenheim isn’t the only option” by Justine Testado. (21 Apr 2015)

Building Design: “Guggenheim rival attracts 200 entries for competition where there will be no winner”. (13 Apr 2015)

GlobalVoices: ”Architects in Finland Battle Over the Helsinki Guggenheim and the ’Next Helsinki’”. (11 Dec 2014)

Artselectronic, “The Guggenheim: Action Plan on The Northern Edge of Europe”. (14 Sept 2014)

The Guardian, Architecture and Design Blog with Oliver Wainwright: “Helsinki v Guggenheim: the backlash against the global megabrand is on”. (11 Sept 2014)

Bustler, “The Next Helsinki counter-competition launches in response to Guggenheim Helsinki controversy”. (9 Sept 2014)

For media contacts, please leave a message at info@nexthelsinki.org.

© 2014 The Next Helsinki All rights reserved.